This year we received a record number of nominations for this prestigious award. It is with great pride that we introduce you to the following Oxbridge Academy star students!

Veronica Mosotho, from Bronkhorstspruit in Mpumalanga, was raised by unemployed parents. “My parents could not afford to pay for tertiary education after school, so I didn’t really have a choice but to become a domestic worker,” says Veronica.

Veronica works from 8AM to 4PM every day. When she gets home, she still has to put food on the table for her three children, and she somehow also manages to fit in time for her studies. She is currently studying an N4 Educare National Certificate with Oxbridge Academy.

“It is very difficult to study and do assignments after a long day of hard work, but I told myself that with hard work and dedication, nothing is impossible. I make sure I make time for studying and doing my assignments every day after work until late at night. Sometimes I even wake up at dawn if there is a lot of work to do,” says Veronica.

Between her work and caring for her family, Veronica has managed to achieve distinctions for her studies so far. “I am very proud of myself because through it all, I have been able to obtain distinctions. It has not been an easy journey as it is difficult to get leave to do practical work and write exams, but I have made it and am still going forward! PHAMBILI!” When Justine was 16, her parents separated and her disabled mother and two sisters lost their family home. The family were forced to move into a one-room shack in the informal settlement of Ivory Park in Kimberley.

Still in high school, Justine had to work to help put food on the table for her family. “Working odd jobs to feed my family became my only priority but lead to me failing matric in 2012. I was devastated but applied to re-write my exams in 2013 and between working half day and studying on my own, I passed matric.”

Justine always dreamed to be a teacher, but this dream seemed out of reach for her. “For as long as I can remember, teaching has been a life-long dream of mine. A dream that I was convinced would never be realised due to my failing matric and our seemingly ever deteriorating socio-economic circumstances.”

In the years after matric, Justine was the only breadwinner in her household as she continued to work odd jobs. “We survived from day-to-day, so it goes without saying that a tertiary education was never an option for me or any one of my sisters. I thought to myself that studying beyond matric was impossible.”

Eventually, in 2017, Justine met a woman who had finished her ECD studies through Oxbridge Academy and was employed as a nursery school teacher in a wealthy suburb of Kimberley. Click here to continue reading. Growing up in the small rural village of Wakkerstroom in Mpumalanga, 18-year-old Musa is a perfect example of someone who is chasing his dreams – and achieving them. “Wakkerstroom is an area where we live just to survive for another day as we believe big dreams are for the wealthy. It was in my vision to change that mentality as I live by the mottos ‘one man can change the world’ and ‘be the change you want to see’,” says Musa.

Musa saw that a friend in Pretoria had started a computer training centre, and he decided to join him and help out. “When his centre started generating money I decided to go open one in my hometown in Wakkerstroom. Having no capital nor equipment but just a laptop, I knew I had to get a business education,” Musa says.

Musa enrolled for a business management course with Oxbridge Academy.

“My first module was legal principles which came very handy. I was running up and down looking for funds, equipment, resources, sponsorships or partnerships, so I got aware of the legal implications I must always keep in mind.” After several months of trying, Musa eventually found a person who was running a small internet café and was qualified in IT. The two agreed to partner up.

“We decided to launch our small training centre for the local youth. Oxbridge Academy was there for me again as my module was then Marketing Management. With the knowledge I had acquired from my books we managed to get a numbers of students. Registration money was coming in, but I was then on my Financial Management module so it wasn’t a worry as Oxbridge was there again, from there I had to organise and manage everything at the centre and I learnt a lot from my Management Principles textbook.” Click here to continue reading. 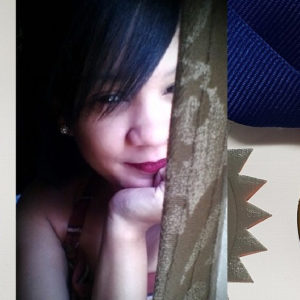 Oxbridge Academy student Michaela Smith has battled years of mental illness. Her depression and anxiety were so severe that she was unable to leave her house; she couldn’t sleep and she even tried to take her own life. But she has overcome it all.

She first started studying with Oxbridge Academy in 2014, a few months after finishing Matric. “I love being outdoors. I love travelling and seeing new places, so I chose to study tourism. I knew that I wanted to be a tour guide, or work on a cruise ship or plane,” says Michaela.

Her first year of studies went well, and she received her N4 National Certificate in Tourism without any trouble. But in 2015, the depression she had suffered from throughout her teens began to get worse. “Starting with N5, I had trouble adapting to life. I could barely could keep up and kept failing. A few months later in March 2016 I gave up and stopped studying. I lost 20 kilograms and weighed only 35 kilograms. I was suicidal and tried to take my life three times,” Michaela says.

In November of that year, her world came crashing down.

“I had severe anxiety. I couldn’t be alone because I would have panic attacks. I couldn’t drive and I couldn’t sleep. I couldn’t leave the house for an entire year and ended up in numerous doctor’s offices. The doctors told me I shouldn’t study because it would just make things worse for me. My life had just been taken away from me by this illness.”

Michaela was hospitalised for two weeks at a mental health centre. Click here to continue reading.

Find out what our students have to say:

Best college ever, I am very excited to be part of the Oxbridge Academy Family. I have received my 1st books and cannot wait to complete my N4 to N6 Tourism Diploma with them. Best choice I have MADE to better my life . Thanks to the team.